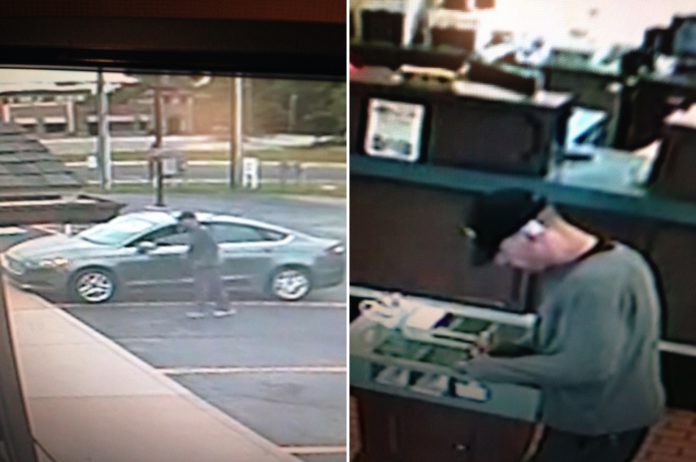 The man entered the 1st Source Bank just before 9:30 a.m. Thursday and handed a note to a teller demanding cash, according to Assistant Chief Bill Thompson with the St. Joseph County Police Department.

The teller gave the man an undisclosed amount of cash, and then he left the bank, got into a grey Ford Fusion and drove away, Thompson said. One other person was in the Ford, but did not go into the bank.

No other customers were in the bank at the time and nobody was hurt.

Police are searching for the suspect, who they believe may have fled to Michigan after the robbery. He’s described as a white man, likely in his early 20s, about 5-foot 5-inches tall and with short blond hair and thin facial hair, Thompson said. He was wearing a black Advance Auto Parts cap, a dark long sleeved shirt and baggy dark-colored cargo pants at the time of the robbery.

Anyone with information about the robbery or who can identify the suspect is asked to contact St. Joseph County Police Department at 574-235-9569 or Michiana Crime Stoppers at 574-288-7867.