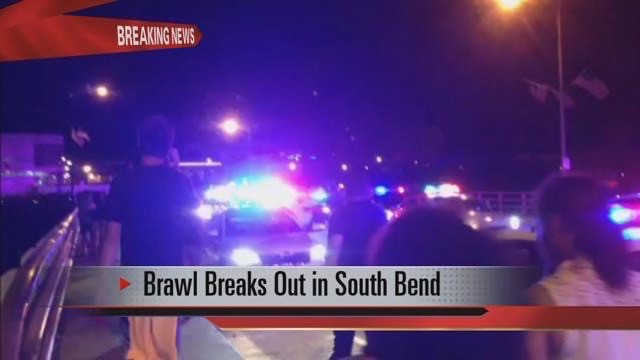 Two fights resulted in an early end to the On The River event in downtown South Bend on Friday, Aug. 7.

An estimated 40 police units arrived on scene around 10:15 p.m. to help disperse the crowd, according to South Bend Police Division Chief Scott Ruszkowski who spoke during a news conference from the event around 11:30 p.m.

Despite rumors suggesting otherwise, there were no reported injuries. There were no shots fired. There was no confirmation that stun guns were used, Ruszkowski said during the news conference.

The event was expected to continue, Saturday, as scheduled, with Family Day taking place beginning at 10 a.m. and the 21-and-over beach party taking place on Saturday evening, according to Aaron Perri, Executive Director for DTSB Inc., who spoke during the news conference.