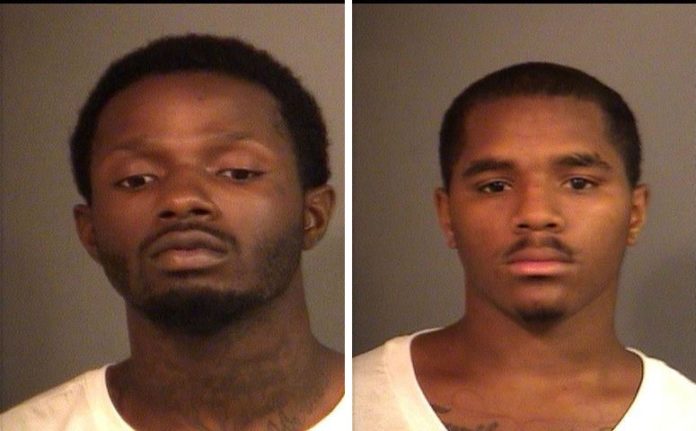 Two people were arrested Wednesday, Aug. 12, in connection to the theft of more than 20 guns from a South Bend firearms store earlier this week.

James Johnson, 23, of South Bend, and Dexter Moore Jr., 21, of Elkhart, were both arrested on preliminary charges of burglary in connection to the Aug. 10 robbery at Indiana Arms and Ammo, according to a news release from Capt. Scott Hanley with the South Bend Police Department.

Formal charges are expected within 24 hours.

Officers were called at about 1 a.m. Monday morning, Aug. 10, to Indiana Arms and Ammo at 750 W. Indiana Avenue for the burglary. Twenty guns were stolen and police believe the thieves entered the building through a boarded up window.

The burglary remains under investigation. Anyone with information about the burglary or the whereabouts of the firearms stolen is asked to contact Michiana Crime Stoppers at 574-288-7867 or the South Bend Police Department Burglary Unit at 574-235-9361.