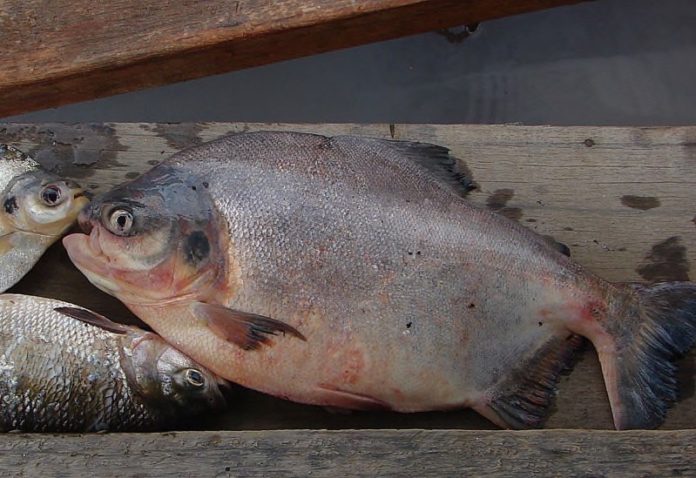 PERU, Ind. (AP) — A fish native to South America being caught in Peru isn’t unusual — unless it happens in Peru, Indiana.

Glen Salyer of the northern Indiana community tells the Kokomo Tribune he caught a fish with human-looking teeth Monday on Mississinewa Lake. He took the fish to the U.S. Army Corp of Engineers and was told it was a red-bellied pacu, which is related to the piranha. The fishes are common in rivers and streams around the Amazon River.

Indiana conservation officer Jerry Hoerdt said it’s likely the fish was dumped in the reservoir by its owner, who may have given up taking care of it.

Salyer says he took the pacu to a local bait shot, which is keeping it in a 125-gallon aquarium.