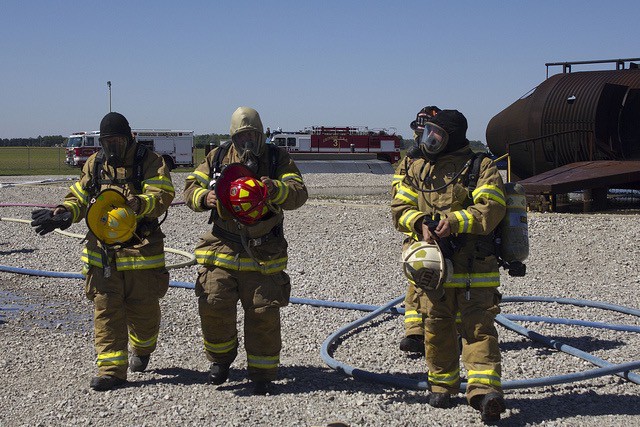 Contractors with the Air Force Civil Engineer Center took water samples Wednesday from four wells to test them for a chemical found in flame-suppressing foam used by firefighters.

That chemical was found in areas once used for firefighter training near Grissom’s runway.

The Kokomo Tribune reports that incoming and outgoing water from a nearby water treatment plant also will be tested.

The chemical contamination was detected about 20 feet underground.

Although nearby drinking-water wells run at least 150 feet below the surface, 434th Air Refueling Wing commander Col. Doug Schwartz says officials owe it to nearby residents “to let people know what’s going on.”