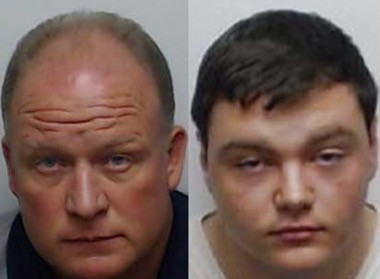 CLARKSVILLE, Ind. (AP) — A pastor and a southern Indiana church worker have pleaded not guilty to allegations they struck children at a church boarding school with a wooden paddle.

Forty-seven-year-old Gerald Harris and 21-year-old Christopher Williams entered not guilty pleas Tuesday in Clark County to charges of neglect of a dependent and battery of a child under 14.

The men were arrested last week after several children in their care at the Crossroads Baptist Church said they were whipped with a wooden paddle at the Sellersburg church’s boarding school.

A probable cause affidavit says some children whipped by the paddle had suffered from “severe” bruising.

The Courier-Journal of Louisville, Kentucky, reports that court records indicate both Harris and Williams live at the church.