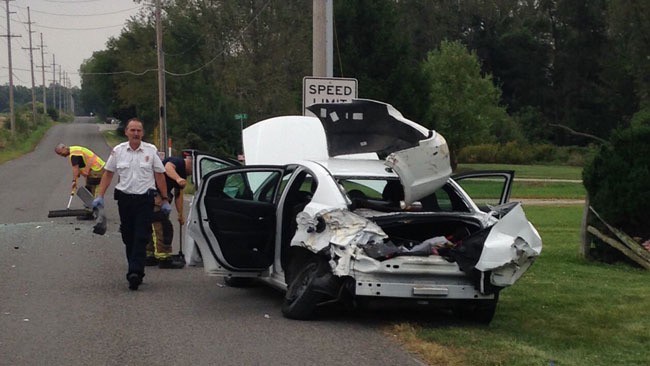 A Syracuse boy is recovering from a head injury he received in a collision with a school bus after police said his mother jumped out of a moving car after discovering a spider on her shoulder.

Officers arrived to find the 9-year-old boy lying beside the vehicle that collided with the Wawasee Community School Corporation bus, according to The Elkhart Truth.

The boy was taken to IU Health Goshen in stable condition with minor head injuries. There were no children riding in the school bus, and its driver was not injured in the crash.

The investigation shows that the boy’s mother had been backing the car out of her driveway when she discovered the spider and jumped out while the car was in reverse. The boy then climbed from the backseat to the front driver’s seat to push on the brake. Instead, the boy “depressed the throttle” of the car which then backed into the passing school bus, police said.