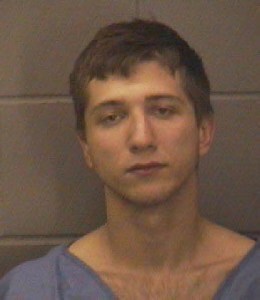 A 19-year-old Sidney man was arrested after investigators said he led Elkhart Police on a chase on Saturday, Sept. 26, near the intersection of County Road 17 and the Indiana Toll Road.

Officers had attempted to stop Jacob Whitaker, 19, around 7:45 a.m. near the intersection of Cassopolis Street and County Road 6, according to a news release from the Elkhart Police Department. However, Whitaker failed to stop, leading police on a chase, according to the news release.

Whitaker then entered the Indiana Toll Road from Cassopolis Street, where he sideswiped a vehicle, the news release states. He drove east along the toll road and exited toward C.R. 17 on the westbound entrance ramp. He then turned around but crashed as he tried to enter the toll road again.

Whitaker was taken to Memorial Hospital of South Bend, where he was treated for his injuries. A passenger with him refused treatment.

Whitaker was arrested for resisting arrest, criminal recklessness, possession of marijuana and leaving the scene of a crash.

He is being held in the Elkhart County Jail without bond.