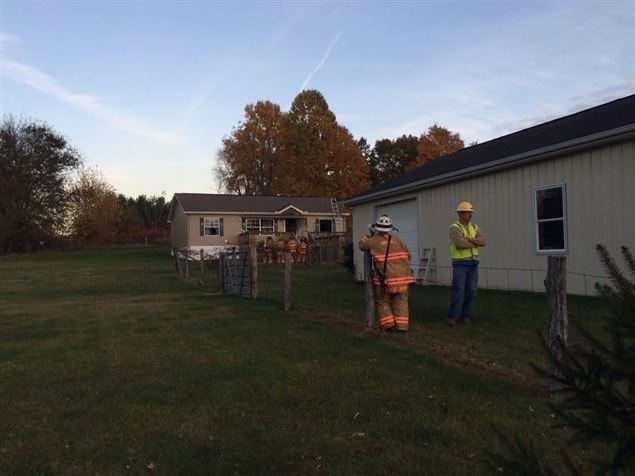 A woman is in serious condition at a Michigan hospital and a dog is dead after a house fire in Bristol Thursday evening, Oct. 22.

Firefighters were dispatched at 5:33 p.m. to the 16500 block of S.R. 120 and found a small fire in the house when they arrived, according to our news partners The Elkhart Truth.

An elderly woman who lived in the home was pulled out of it by her grandson, WSBT reported. Bristol Fire Chief Fred Genslinger said the grandson was a hero.

The woman was airlifted to Bronson Burn Center in Kalamazoo, Mich., where she was listed in serious but stable condition, The Truth reported.

The family’s pet dog died in the fire.