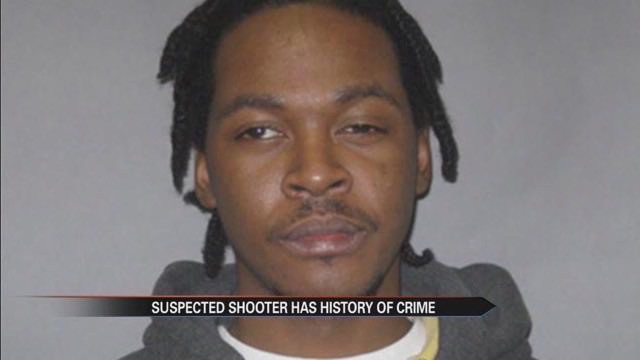 BENTON TOWNSHIP, Mich. (AP) — A southwestern Michigan man has been shot to death during a confrontation with a man who was kicking a neighbor’s dog.

53-year-old David Krieger was shot in the chest outside a hydraulic repair and supply shop in Benton Township, Mich.

Police say Krieger of Benton Harbor was pronounced dead after the 9 a.m. shooting in the store’s parking lot. A 30-year-old Benton Harbor man was arrested Friday afternoon in connection with the shooting.

Roy Thompson faces open murder and weapons charges. He was being held in the Berrien County Jail.

Police Chief Vince Fetke says Thompson was released from prison in 2013 and is on probation for a concealed weapons charge.

His probation was set to be lifted in October of next year, according to 95.3 MNC’s reporting partners at ABC 57.

Thompson was also in trouble in late 2005 for possession of marijuana. Both offenses took place in Berrien County, ABC 57 reported.