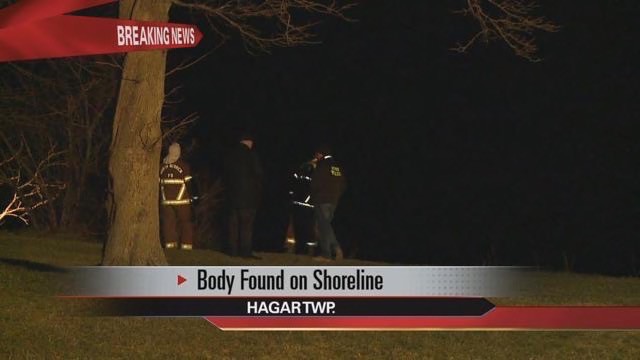 ST. JOSEPH, Mich. (AP) — The body of a man has been found on a Lake Michigan beach, a month after he may have been swept into the water with a friend during a night of strong wind and high waves.

State police say the body of 23-year-old Eike Krebs of St. Joseph was found Saturday, Dec. 219, in Berrien County in southwestern Michigan. The body of 24-year-old Brandi Mannino was found Nov. 20, shortly after they disappeared.

Police believe they could have been swept into Lake Michigan while walking on a pier. The water temperature was 51 degrees.

Dive teams had been checking the area for Krebs’ body as recently as Thursday.

The preliminary investigation of the body located found, Saturday, led investigators to identify him as Eike Krebs, 23, of St. Joseph, Mich. according to Michigan State Police.

More tests to confirm the identity of the body are expected to take place on Monday.

This news release was issued by Michigan State Police after the discovery of the body:

Preliminary investigation of the body located in Hagar Twp., Berrien County, Michigan leads investigators to identify him as Eike Krebs, 23-year-old male, from St. Joseph, Michigan. Krebs was reported as a missing person on Friday, November 20, 2015 by his family after not returning from dinner with his friend, Brandi Leigh Mannino. Mannino was located deceased on the morning of November 20th on Tiscornia Park Beach by a citizen walking. As recent as December 17th, Berrien County Dive Team spent the day combing the shoreline for Krebs. All efforts to locate Krebs had been unsuccessful by citizen groups and law enforcement up to this evening. Family has been contacted and notified.

Further tests to confirm the identity will be completed by the Berrien County Medical Examiner’s office. Updates will be released as new information is obtained.