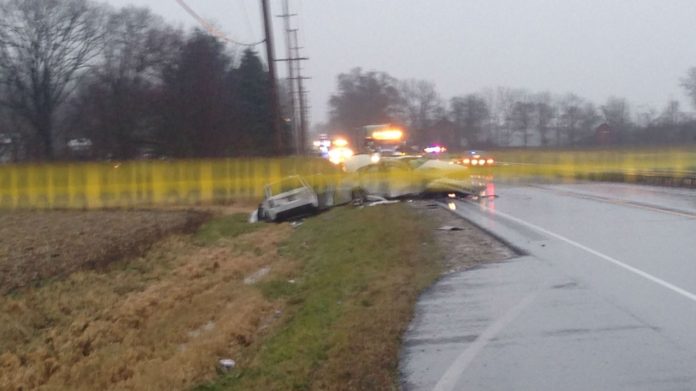 One person was killed in a head-on crash on State Road 15 near County Road 23 in Elkhart County on Wednesday, Dec. 23.

On arrival, emergency crews found an SUV and car collided, killing the car’s driver, according to the Elkhart County Sheriff’s Department.

The man who died is identified as 22-year-old Edgar Perez-Fuentes, according to WSBT.

An adult and two children in the SUV suffered non life-threatening injuries, according to 95.3 MNC’s reporting partners at ABC 57.