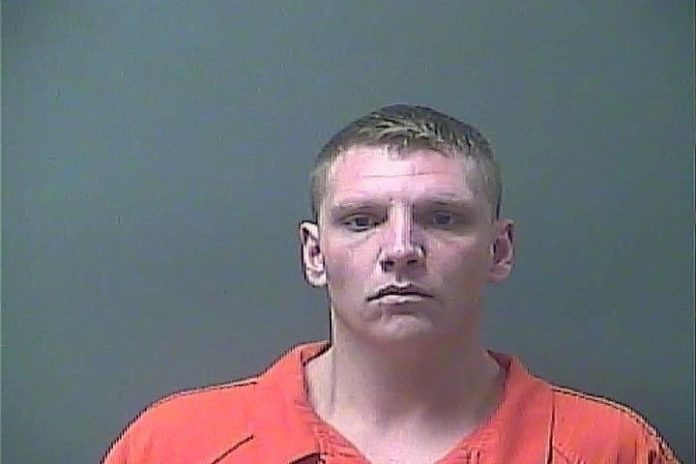 A Hudson Lake man was arrested after police say he fired a gun inside his home near girlfriend.

Police were called to the home in the 8400 E block of Emory Road on Wednesday, Dec. 30.

While securing the area, police heard a shot fired, according to a report from the LaPorte County Sheriff’s Department.

Deputies went into the home and found Kevin McCullough, 34, sitting in a chair, with his girlfriend unharmed.

McCullough was taken to the LaPorte County Jail after first being brought to the hospital after McCullough claimed to have taken several pills, the police report stated.

While executing a search warrant, police found several firearms were recovered from the home including pistols and long guns, the police report stated.