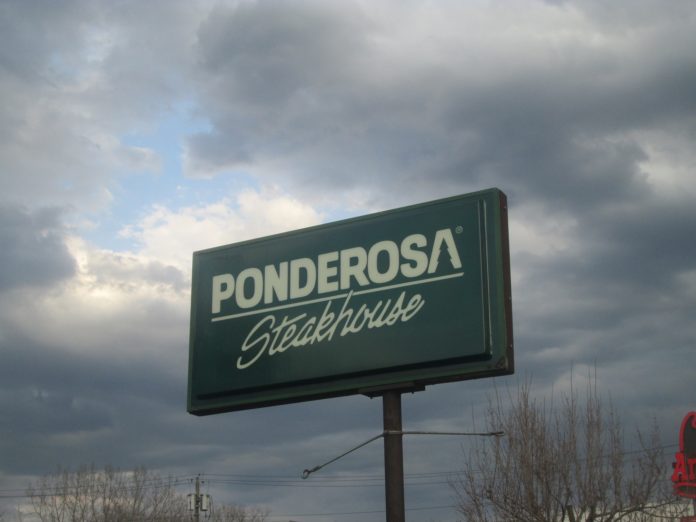 After 45 years in business, the Ponderosa Steakhouse in the Town and Country Shopping Centre closed its doors for the final time on Thursday, Dec. 31.

There were 736 Ponderosa Steakhouses worldwide in 1989 when the business merged with Bonanza Steakhouse, which had 579 locations, according to the South Bend Tribune.

However, about two thirds of those locations closed between 2001 and 2011 and Ponderosa’s parent company spent about a year in bankruptcy during the Great Recession, the Tribune reported.

Ponderosa Steakhouse fans can still dine at the restaurants on S.R. 933 in South Bend, on Lincolnway East in Goshen and on Michigan Street in Plymouth.

Read more about the Mishawaka location’s closure in the full story from the South Bend Tribune.