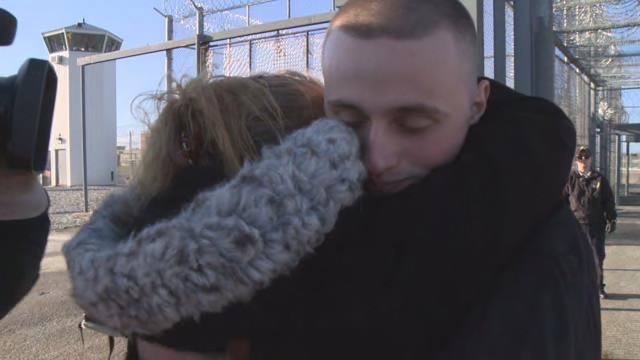 Levi Sparks is out of prison and ready to begin his new life.

“I’m ready to get home and to get my life together,” Sparks told ABC 57 reporter Brandon Pope just outside of the Wabash Valley Correctional Facility, where he’s spent more than two years after he was convicted of felony murder in August 2013.

Sparks, 20, said he’s taken responsibility for his actions during the Elkhart burglary that took place in October 2012 in which one of his co-conspirators was shot and killed by the burglary victim.

“It was a tragic mistake on our parts,” Sparks said. “And I’m sorry to (Danzele Johnson’s) family, and I’m sorry to everyone who was affected by it.”

He said he learned a lot in prison, and now that he’s out, he’s ready to “grow up and do the right thing.”

“I’m planning on going out and getting a job, pursuing a college education and then just see where life takes me from there,” Sparks told ABC 57. “Some people perceive me to be the same person that I was (back then). I could sit here and speak all day about how I’m going to change and I’m going to allow my actions to show it instead of my words.”

Sparks is the first of the group known as the Elkhart Four to be released from prison after the Indiana Supreme Court threw out the felony murder convictions for him, Blake Layman and Anthony Sharp. Layman is expected to be released later in 2016, while Sharp’s release date is set for 2018.