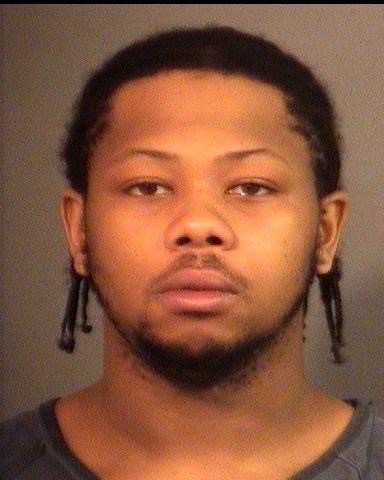 Police say a man arrested on assault charges last week is also responsible for a string of armed robberies reported in Mishawaka and South Bend throughout January.

Abrams was arrested Jan. 31 at a St. Joseph County hotel and charged with battery with moderate bodily injury, strangulation, intimidation with a deadly weapon and criminal confinement with a vehicle. Those charges carry a combined sentence of up to 17 years in prison.

He was charged Feb. 3 with four counts of armed robbery and one count of robbery. He faces up to 70 years in prison if convicted of all five of those charges.

While police were interviewing the victim, she said that Abrams committed three armed robberies at a Family Video store and one each at a Tiki Tan and a J.J. Fish in January and that she had been present for two of them, according to court documents.

She said that she was in a car parked in the Indian Lakes Apartments complex near the Family Video store on Jan. 10 and Jan. 22 and drove away after the robberies.

She also said that Abrams bragged to her about committing the armed robberies at Tiki Tan and J.J. Fish and provided police with details that the media had not reported.

When the assault was reported Jan. 31, police searched Abrams’ hotel room and found a blue cell phone matching a phone seen with the suspect on surveillance video at Family Video on Jan. 22, according to court documents. Officers also found a backpack that contained a black airsoft gun that looked like a semi-automatic handgun and a black mask with eye holes cut out. Both items matched descriptions given by clerks at the stores where the robberies happened.

Abrams admitted to police that the backpack was his.

A judge granted an unusually high bond for Abrams because prosecutors argued that he has a history of not showing up for court hearings, his actions pose a threat to the community and his family in Michigan makes him a flight risk.