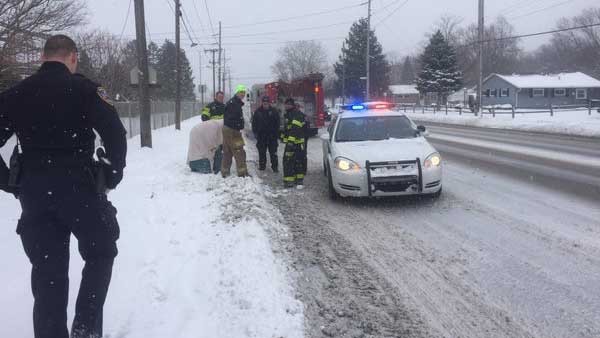 A pedestrian hit by a slow-moving vehicle in South Bend on Wednesday afternoon is expected to be OK.

The crash was reported at 2:52 p.m. at the intersection of Edison Road and Manchester Drive, according to our news partners ABC 57.

The pedestrian was taken to an area hospital and is expected to recover. ABC 57 reported that the vehicle involved in the crash was not at the scene when officers arrived.