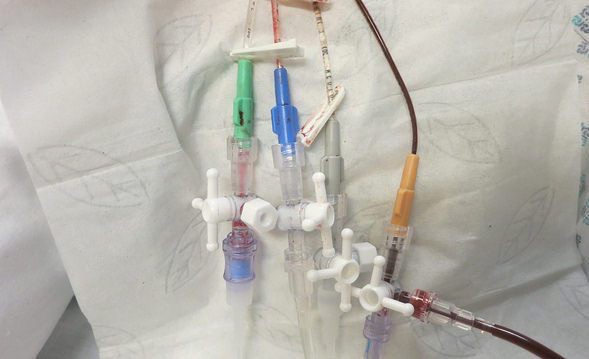 NOBLESVILLE, Ind. (AP) — A central Indiana compounding pharmacy is recalling a narcotic painkiller after three newborns were sickened by a “super-potent” intravenous form of the drug the company distributed.

The Indianapolis Star reports that Pharmakon Pharmaceuticals issued a voluntary recall for an intravenous form of morphine sulfate on Feb. 11 after lab results showed that it was too powerful for safe use.

The Food and Drug Administration says three infants suffered “serious adverse events” to the painkiller, which can lead to breathing problems, coma or even death if injected in too high a dose.

Pharmakon says it distributed a “super-potent” form of the painkiller to a medical facility in Indiana and one in Illinois.

Pharamakon attorney Elizabeth Prokopik said the Noblesville company is working with the FDA and cannot comment on the incident.