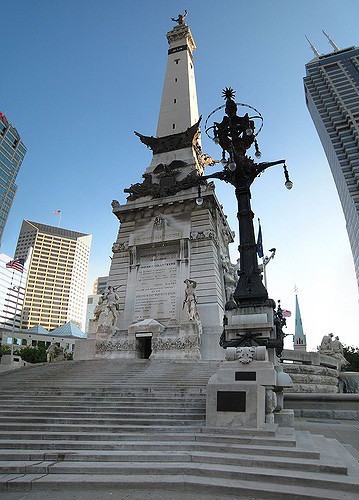 INDIANAPOLIS (AP) — Authorities are investigating the death of a woman who fell inside the Indiana Soldiers and Sailors Monument in Indianapolis.

Police and paramedics went to One Monument Circle early Saturday evening after reports of a person down. Indiana State Police say 41-year-old Jennifer Civitarese of Kokomo fell on the steps inside the monument and was pronounced dead on the scene.

A witness told investigators she fell down about eight stairs to a landing. Authorities say no foul play suspected and an autopsy will be conducted by the Marion County Coroner’s Officer to determine the cause of the woman’s death.

The Soldiers and Sailors Monument was closed Saturday evening following the incident.