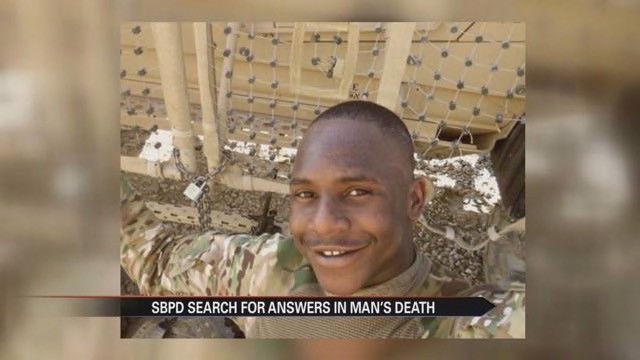 A person suspected in the killing for a South Bend veteran is already behind bars at St. Joseph County Jail on unrelated charges.

Further details on the person were not available, but Commander Tim Corbett with the St. Joseph County Metro Homicide Unit said that investigators are still working on the case, the South Bend Tribune reported.

Jodie Henderson was 27 when he was found dead near the corner of Arthur and Sorin streets in South Bend early the morning of Jan. 16. He was a Mishawaka High School graduate. He served in the Army National Guard and was an Afghanistan war veteran.

Read more about the investigation in the full story from the South Bend Tribune.