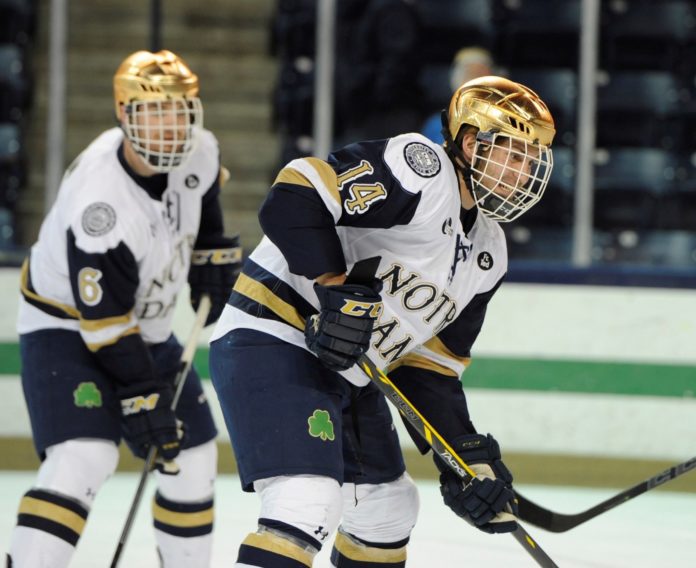 SOUTH BEND, Ind. (AP) — Notre Dame will join the Big Ten as a hockey-only member beginning with the 2017-18 season.

Arizona State is a possibility for an eighth. The Pac-12 member needs a conference for its upstart program.

Michigan, Michigan State, Minnesota, Ohio State, Penn State and Wisconsin have played as a six-team league for three years. Minnesota reached the national championship game in 2014, but the Big Ten failed to land an at-large bid to either of the last two NCAA tournaments.

Notre Dame has played in the Hockey East conference for three seasons. The Fighting Irish compete in the Atlantic Coast Conference in other sports.