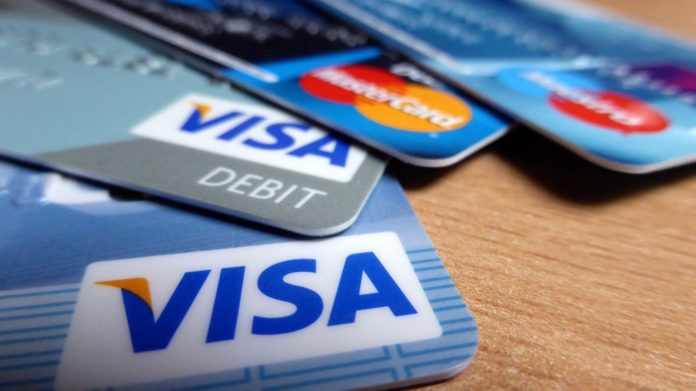 NEW YORK (AP) — They might not be old enough to swipe a credit card or take out a loan, but you still need to keep an eye on your little one’s credit.

Kids can be victims of identity theft, too, and it often goes unnoticed by parents for years. Typically, a youngster doesn’t find out something is wrong with their credit until they grow up and get rejected for a student loan or isn’t able to get a credit card. That’s why experts say more parents should monitor their child’s credit to fix issues early.

“By the time the kid finds out, their credit has already been massacred,” says Adam Levin, founder of identity theft recovery service IDT911 and author of “Swiped: How to Protect Yourself in a World Full of Scammers, Phishers, and Identity Thieves.”

All thieves need to obtain a fraudulent credit card or other loan is a child’s Social Security number, says Eva Velasquez, president and CEO of The Identity Theft Resource Center , a non-profit that helps identity theft victims. Often, thieves will use a different name and birthday when opening the accounts, she says.

Crooks like to target children because they know they can get away with it longer and open several accounts.

Here’s more on what parents should know:

A: Putting a number on just how many minors are identity theft victims is tough, since experts say many of the crimes are unreported or not known about until years later. The Federal Trade Commission says of the more than 410,000 identity theft complaints made last year, about 5 percent were for those 19 and under , the same rate as in 2014.

Q: How would someone get a hold of a kid’s Social Security number?

A: There are a few ways. It could be stolen in a data breach. Last year, for example, children’s Social Security numbers were exposed in hacks of health insurance companies, says Velasquez. A child’s Social Security number can also get into the wrong hands from school forms and paper work. (Always question why a school needs a child’s Social Security’s number on a form; it may not be necessary to provide the number, says Velasquez.) A family member who knows the kid’s Social Security number may also use it to create fraudulent accounts. Children should also be reminded not to give out personal information online, whether it’s through contest forms or social media sites. Also, they should be told to stay clear of sketchy links in emails that aim to steal passwords and other information.

Q: What are the signs that someone is using my kid’s information to open accounts?

A: Mailed pre-approved credit offers in your child’s name, or calls from debt collectors.

Q: Is there a way to check if someone is using my kid’s credit?

A: Yes. You can do so for free by contacting the three major credit reporting agencies — Equifax, Experian and TransUnion — and ask to check if your child has a credit report. They will ask you for your child’s Social Security number and may ask to mail in other forms to prove you are the kid’s parent or guardian. If there is no credit report for your child, that’s a good sign — most kids should not have one. Credit reports are only created when a credit card, loan or other type of credit is opened. So having one may mean someone has opened a fraudulent account. To correct any fraud, you’ll need to work with the credit reporting agencies and contact the creditors.

Q: How often should I check if my kid has a credit report?

A: At least by the time they are 16 years old, according to the FTC. That will give you enough time to fix any issues before the child may need to take out a student loan or open their first credit card. Others recommend more frequent checks. Michael Bruemmer, the vice president of consumer protection at Experian, says parents should check in with all three credit rating agencies once a year.

Q: Can I freeze my child’s credit report?

A: It depends. Freezing a credit report blocks new credit cards, loans or other accounts from being opened. In fact, some consumer advocates and Attorneys General recommend that adults freeze their credit reports as a way to prevent identity theft from happening. But doing that for children is more complicated. In order to freeze a credit report, a report has to be created first, and most kids do not have one. Currently, 22 states have laws that let parents or guardians freeze a minor’s credit report, even if there hasn’t been fraud. In those cases, a credit report is created and frozen. States with those laws, according to the National Conference of State Legislatures, are: Arizona, Connecticut, Delaware, Florida, Georgia, Illinois, Indiana, Iowa, Louisiana, Maine, Maryland, Michigan, New York, North Carolina, Oregon, South Carolina, South Dakota, Tennessee, Texas, Utah, Virginia and Wisconsin. If you don’t live one of those states, the credit reporting agencies will only freeze a minor’s credit report if one has already been created.

Q: Is freezing my child’s credit report a good idea?

A: If your child has a credit report due to fraud, it should be frozen immediately to prevent thieves from using it again, says Levin. If you live in one of the states that allow you to freeze a child’s account, there are a few things you need to keep in mind before you do so. You’ll be given a number that will be your child’s key to unfreezing their credit report when they need to. It’s a number you need to be certain you can hold on to for several years, especially if your child is young. Losing the number, or forgetting that you placed the freeze, can cause problems and delay removing the freeze, says Velasquez.