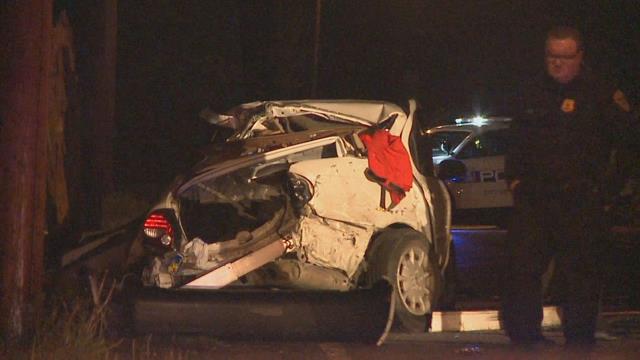 One person was arrested and another person was injured after a police chase in South Bend ended when the suspect vehicle crashed into a pole.

A South Bend Police officer tried to pull over a white SUV for a traffic violation just before 2 a.m. near the intersection of Dundee Street and Western Avenue, WNDU reported. Police said the driver didn’t pull over and led the officer on a chase along Linden Avenue.

Eventually, the suspect vehicle crashed into a pole the near the intersection of Kaley Street and Linden Avenue, our news partners ABC 57 reported. The driver and the passenger inside the vehicle were ejected from the car.

The passenger was taken to an area hospital. The driver was able to run away from the scene of the crash, but police eventually located him and arrested him. He has not been identified.

Investigators said they believe speed and alcohol were factors in the crash.