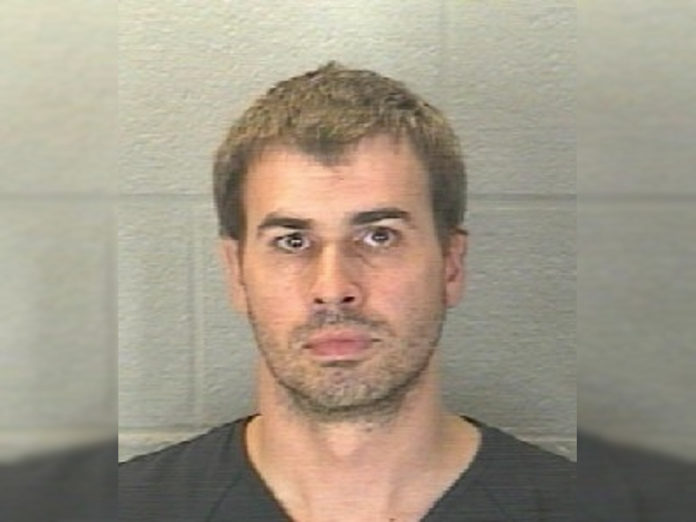 This story originally appeared on WOWO.com.

A former Warsaw Community Schools teacher was arrested after police say he had a sexual relationship with a student.

Calvin Moser, 37, was arrested on preliminary charges of sexual misconduct with a minor and child solicitation, according to the Warsaw Police Department.

In March, a Warsaw Community School official told a police officer that they learned about an inappropriate relationship between Moser and a 14-year-old girl.

When school officials checked Moser’s computer, they found multiple emails from the girl. The girl said in an email that her mother suspected there was a relationship between the two.

The following is a release from Warsaw Community Schools:

After learning on Monday, March 28, 2016, of allegations regarding a teacher’s possible unprofessional conduct with a female high school student, Warsaw Community Schools immediately commenced an investigation. Warsaw Community Schools also immediately reported these allegations to the appropriate authorities, including the local police, the Department of Child Services, and the Indiana Department of Education. The teacher was Calvin Moser, a Warsaw Area Career Center teacher. Mr. Moser was immediately suspended as a teacher in accordance with Indiana law and the process to terminate his employment was commenced. Mr. Moser is prohibited from interacting in any fashion with students and from being on school grounds. Subsequent investigations by law enforcement officials confirmed that the teacher unlawfully touched that student. On Monday, May 16, 2016, Mr. Moser was criminally charged and a warrant for his arrest was issued. Warsaw Community Schools will continue to work closely with the local prosecutor and law enforcement officials, as well as the effected students and parents.

To avoid interfering in any manner with the pending criminal matter, Warsaw Community Schools must limit its comments. Additionally, federal and state privacy laws prevent us from commenting on this matter beyond this statement. Our students’ safety and well-being are our utmost concerns. From the beginning, our focus is the best interests of our students. Rest assured that Warsaw Community Schools will undertake all measures to safeguard our children, who are our community’s future.