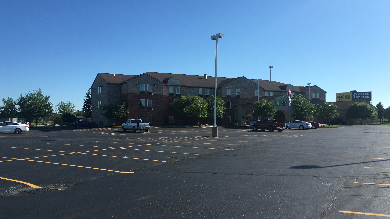 Police in Benton Township have identified the body was found near the Holiday Inn Express and Suites in Benton Harbor as that of Neiko Bernardo, 43, of Talent, Oregon.

Bernardo’s body was discovered lying behind the building by hotel staff members. He was pronounced dead at the scene.

Bernardo was staying in one of the rooms at the hotel because he was in town working for NBC Sports at the Senior PGA Tournament, according to police as reported by ABC 57.

Investigators found suspected controlled substances in Bernardo’s hotel room but the cause of death is not known, ABC 57 reported.

An autopsy has been scheduled.