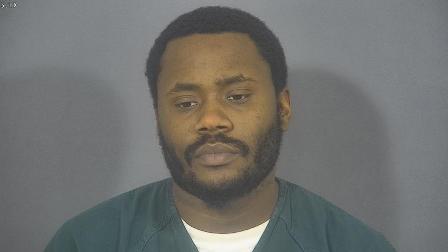 Police have made an arrest in the death of 20 year old Deshawn Pfeifer, Below is the full release from the St. Joseph County Prosecutor’s Office:

St. Joseph County –Yesterday evening the St. Joseph County Metro Homicide Unit
(CMHU) arrested Dominique Calvin Williams, 28, in connection with its investigation
into the shooting death of Deshawn Daniel Pfeifer. Mr. Pfeifer, 20, was found by a
passerby in an alley near the 1300 block of Corby Blvd, South Bend, on January 4, 2020.
Williams was booked into the St. Joseph County Jail on preliminary suspicion of Felony
Murder, where he remains in custody.

No criminal charges have been filed in connection with this arrest at this time. The St.
Joseph County Prosecutor’s Office is reviewing this arrest and has forty-eight (48) hours
within which to file criminal charges before he is released from custody. We will notify
the media of any final charging decision.

Please be advised that Mr. Williams was arrested on preliminary suspicion only and is
presumed innocent until and unless charged and convicted in a court of law.

Pence warns against rushed transition away from fossil feuls