South Bend Mayor James Mueller has submitted questions to the special prosecutor in charge of the Eric Logan investigation.

The mayor says he wants the prosecutor to clarify some points and release evidence from the case, including having the prosecutor clarify how he determined former Officer O’Neill was justified in using deadly force.

In addition, he asks Special Prosecutor Ric Hertel to release evidence he used to come to his determination no charges should be filed against former officer Ryan O’Neill.

The questions come after a heated meeting, when Mayor Mueller met with the public late last week regarding the decision not to purdue criminal charges against former officer O’Neill.

The meeting started with messages of support from city officials to Logan’s family, included an opening statement from the mayor, and then they took questions; which is where things got emotional.

Most of the questions revolved around a desire to know exactly what evidence the special prosecutor found to exonerate O’Neill of any wrongdoing.

Mueller said he is working a special request to make the evidence findings public, but not nod guarantee that he could get it released. 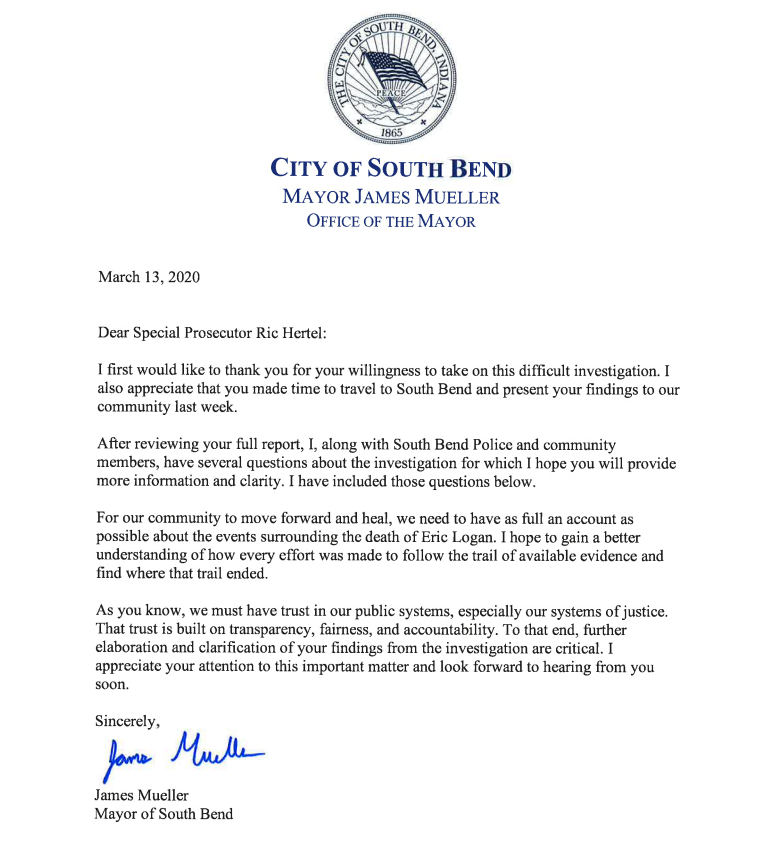 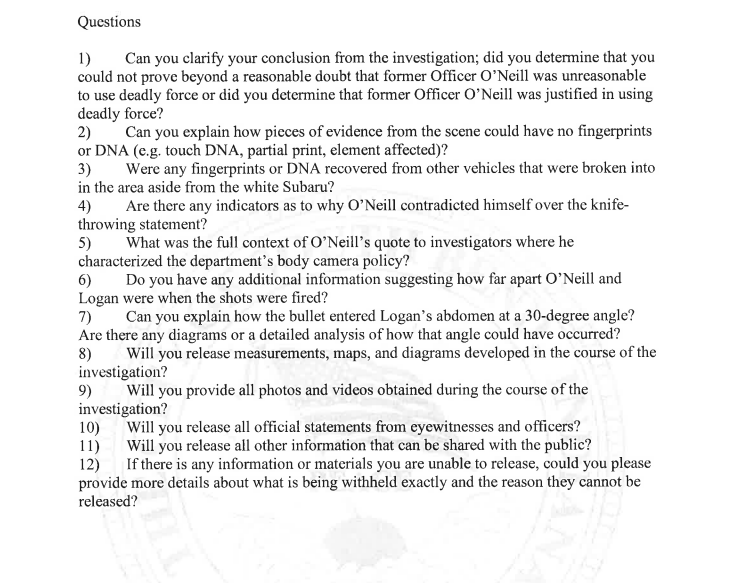