(Tom Coomes/ABC 57 Chief Meteorologist) Lake effect snow showers continue through Tuesday night. The worst travel will be Tuesday morning for areas between Michigan City and South Bend. The LaPorte / St. Joseph county line as well as parts of Berrien Co could see more than six inches of snow, in total. The real question is how much snow makes it into South Bend. It is possible most of South Bend-east to see little to no accumulation. Low visibility, blowing snow is the greatest threat to travel.

Lake effect snow showers last through Tuesday morning them taper off through the day. The snow will melt the rest of this week, with fair weather and milder temperatures, warming into the 40s. The weather pattern returns to a fairly quiet one, with little as far as winter weather through the middle of next week. 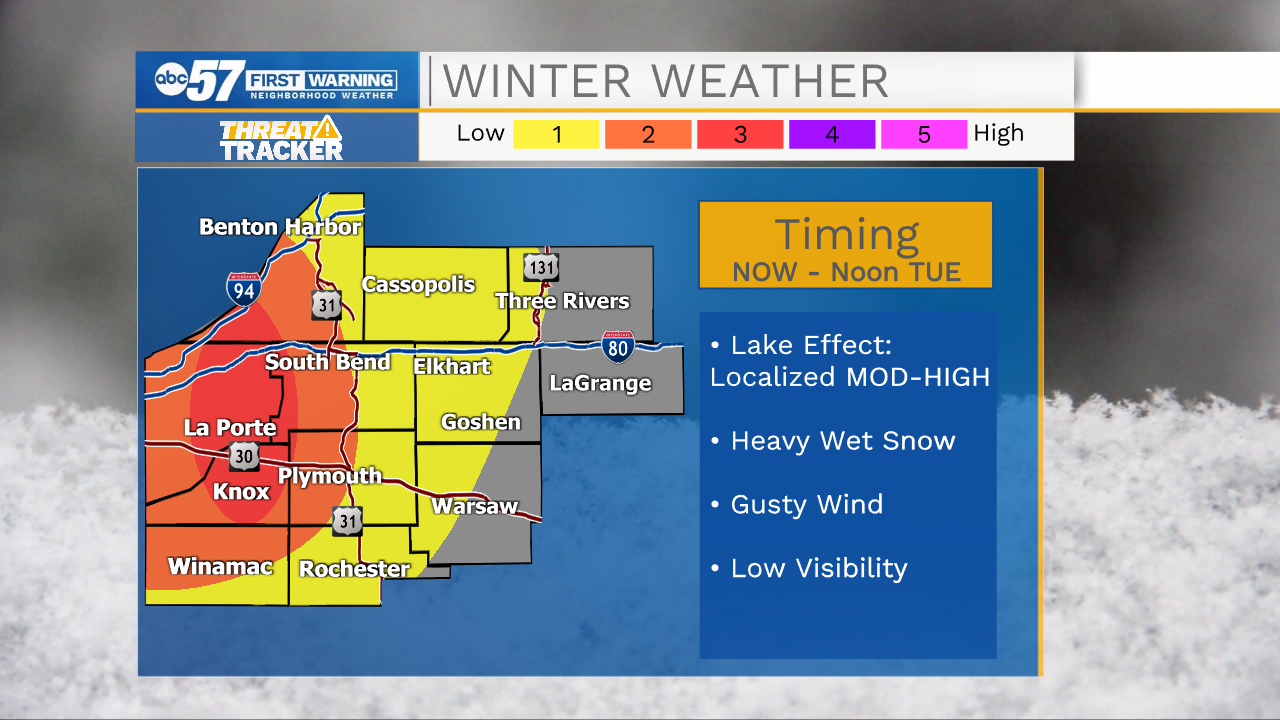