A man from Columbia City was arrested following a police chase on Wednesday night that ended in Milford.

Indiana State Police say Trooper Ryan McNamara was following a red Pontiac, driven by 36-year old James Barr, as he observed possible signs of impairment. When Barr turned north onto Old State Road 15 from County Road 900 North, north of Leesburg, police say he drove on the wrong side of the road several times, and that’s when the trooper attempted to pull over Barr.

Police say Barr took off north on Old 15, eventually entering into Milford, where he crashed into a parked SUV at the intersection of Section and Main Streets, then fled on foot. Barr was found shortly after in a garage he broke into on Higbee Street by a Warsaw Police K9. Police say Barr had put on different clothes in an attempt to change his appearance.

While he was being taken to custody, Barr allegedly spit in the face of the transporting officer. He was taken to Kosciusko Community Hospital for the K9 bite, then to the Kosciusko County Jail, where he faces numerous charges. 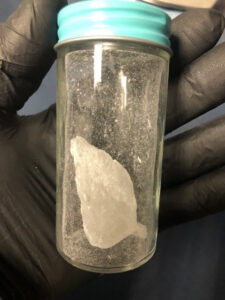