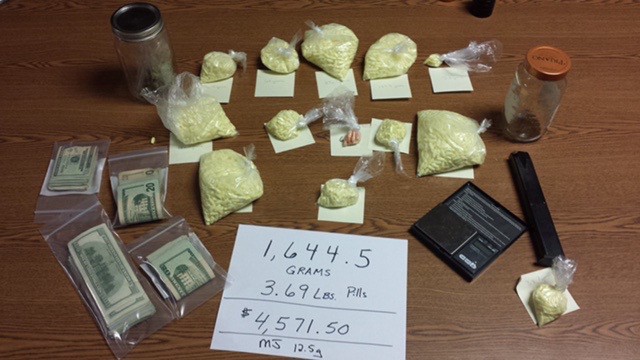 Four people were arrested after a call about suspected marijuana activity resulted in a bigger stash of drugs being uncovered.

Warsaw police went to a local hotel at 7 p.m. Saturday, March 21, after receiving several complaints about a strong marijuana smell, according to a news release from the Warsaw Police Department.

Once on scene, they confronted 23-year-old George Bolden of Detroit, who admitted to smoking pot, but said there was no more.

He allowed officers to search his room. They found several baggies of hydrocodone pills, according to the news release.

Further investigation led police, including narcotics officers, to an apartment on Sophie Lane, where they discovered more hydrocodone and other pills, along with marijuana and cash.

All four men were charged with dealing in over 28 grams of a schedule I, II, III controlled substance, a level 2 felony.

Brandon Bolden also faces a felony charge of maintaining a common nuisance, while Brown was charged with felony possession of a schedule I, II, III controlled substance with intent to deal.

They are being held without bond at the Kosciusko County Jail.