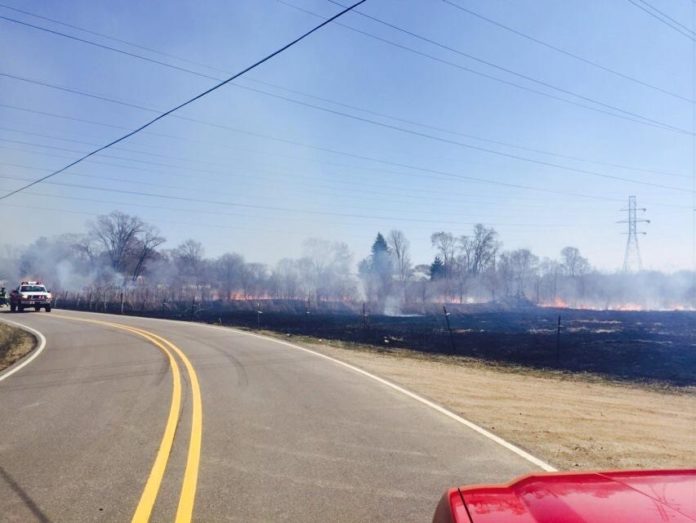 At least four fires burned in Elkhart County as well.

Elkhart Township Fire Department was called to the 20000 block of C.R. 19 at about 2 p.m. Sunday for a field and structure fire, according to 95.3 MNC’s news partners at The Elkhart Truth.

All three of those fires were out by 3 p.m., The Elkhart Truth reported.

A fourth field fire was reported at about 4:15 p.m. near Osolo Township Little League. The fire was extinguished by 4:40 p.m. and may have been started by yard waste that was burning nearby, according to WSBT.

The National Weather Service issued a special weather statement warning that burning could be dangerous on Sunday.

Temperatures reaching into the 60s combined with dry air, low humidity and high winds caused an increased risk for brush and grass fires to spread quickly.

Residents should wait until temperatures drop in the evening to burn brush, according to the special weather statement, and fires should be monitored at all times.