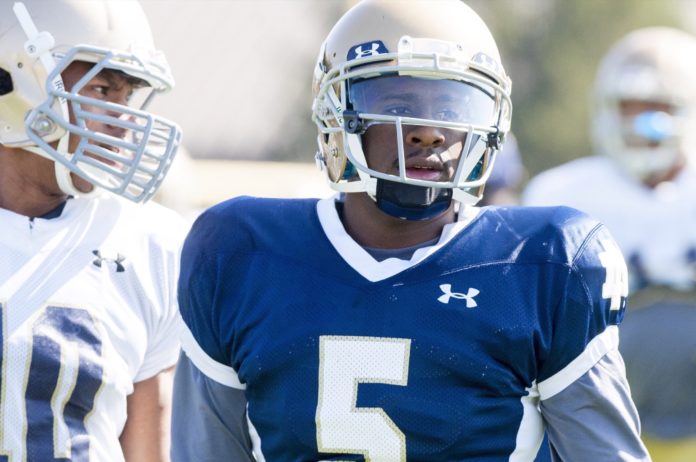 SOUTH BEND, Ind. (AP) — Quarterback Everett Golson has announced he is leaving Notre Dame and will use his final season of eligibility elsewhere after graduating later this month.

Golson issued a statement to Fox Sports on Thursday saying he has decided to transfer. A call left on Golson’s cell phone by The Associated Press wasn’t immediately returned.

Golson refused to talk to the media all spring after The Times-Picayune in January quoted a source as saying he had reached out to LSU about transferring there less than a week after the Irish beat the Tigers in the Music Bowl.

Golson lost his starting job for the bowl game after committing 22 turnovers last season and being benched during the regular-season finale blowout loss to USC and replaced by Malik Zaire.