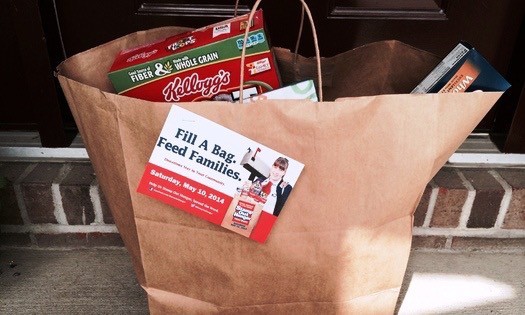 Mothers Day weekend has become synonymous with the Stamp Out Hunger food drive, when letter carriers from across the nation collect food donations on their mail delivery routes. In Indiana, it’s a critical weekend for food banks, since the food collected locally stays in the area.

Nobody sees poverty and the need for food better than the letter carrier, said John Triplett, state president of the Indiana Association of Letter Carriers.

“Letter carriers go to every house every day, so they see everything,” he said. “It’s a pretty important function we do, is working in our communities collecting food and other things besides that.”

Stamp Out Hunger Day is Saturday, May 9. People can set donations of nonperishable food items in or near their mailboxes, and letter carriers will collect them. It’s best to donate food in cans or boxes rather than glass.

Triplett said spring is a good time for the food drive because pantries are typically not stocked up the way they are during the holiday season. He encouraged Hoosiers to fill a bag and donate.

“You’re going to go to your mailbox some time, right? So it’s a great opportunity to do something that is just a great good,” he said, “when you consider the millions of households that we’ll be going to.”

Triplett said those in need of food have many different stories and include single mothers, people who’ve lost their jobs, senior citizens and individuals with disabilities.