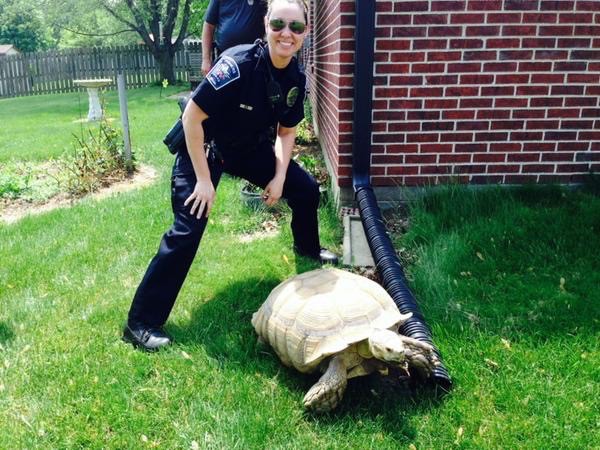 Fishers Police Sgt. Tom Weger tells WISH-TV that a homeowner called the police Friday when he saw the tortoise, thinking it probably needed to be rescued. Officials estimate the tortoise weighs at least 150 pounds.

Police posted a message about the tortoise on social media, and officials say Alfred’s owner came forward to claim him a few hours later.