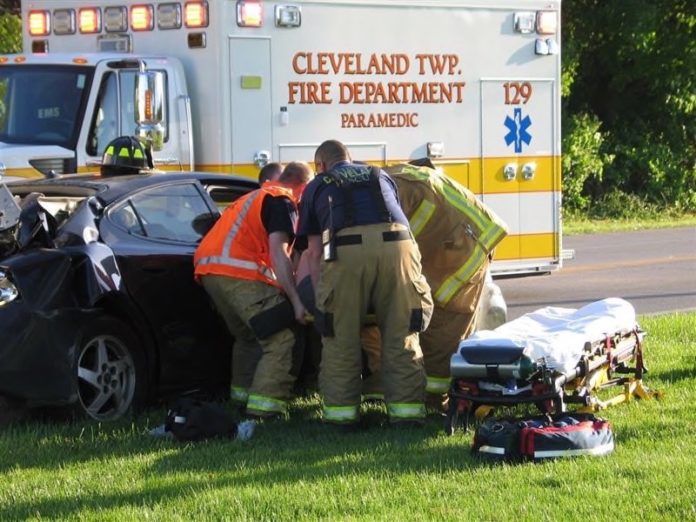 One person was killed in a motorcycle-involved crash, Monday, on Old U.S. 20 and County Road 1 in Elkhart County.

A passenger vehicle was traveling on Old U.S. 20 was stopped waiting to turn left when a motorcycle hit the car from behind, according to 95.3 MNC’s reporting partners at The Elkhart Truth.

The driver of the cycle, identified as 44-year-old John Pickett of Elkhart was thrown from his vehicle about 40 feet and was pronounced dead at the scene.

Pickett died of multiple blunt force injuries and his death was ruled an accident, according to a news release from James Elliott, chief deputy with the Elkhart County Coroner.

A second motorcycle, which was traveling closely with the other did not stop.

It’s not known if they were riding together.