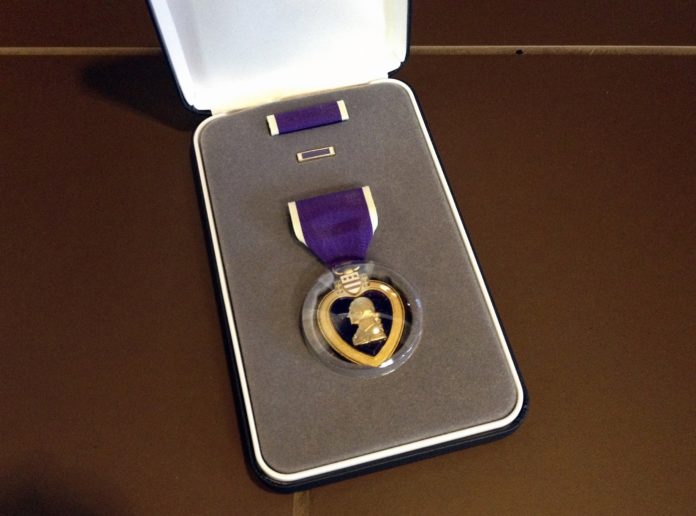 ALBANY, N.Y. (AP) — One of the first Purple Heart medals ever awarded to American military personnel is being returned to a relative of the New Yorker who received it for wounds suffered during World War I.

Purple Hearts Reunited says Pvt. Daniel W. Quinlan’s medal was sent to the Vermont-based group recently with a note saying it had been found in the attic of a Hudson Valley home near where Quinlan lived before he died in a 1938 car crash.

Quinlan was among the 138 WWI veterans who received the first Purple Heart medals awarded by the U.S. military in May 1932.

The medal will be displayed Friday during a ceremony at the National Purple Heart Hall of Honor in New Windsor before it’s mailed to Quinlan’s grandson in Florida.