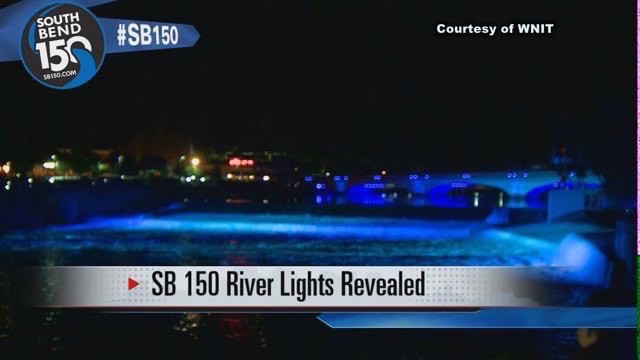 The SB150 activities on Friday, May 22, included the first public lighting of the River Lights light sculpture casting a variety of colors over the St. Joseph River. The crowd cheered and took photos as the lights around the Jefferson Boulevard Bridge constantly changed and shifted, casting a glow over the river rapids near the bridge.

The opening ceremony included a grand entry of members of the Pokagon Band of the Potawatomi tribe which lived in the area when white settlers arrived in the 1820s. That was followed by video presentations about the city’s history and songs from a 150-member community choir.

SB150 activities continue through Sunday, May 24.