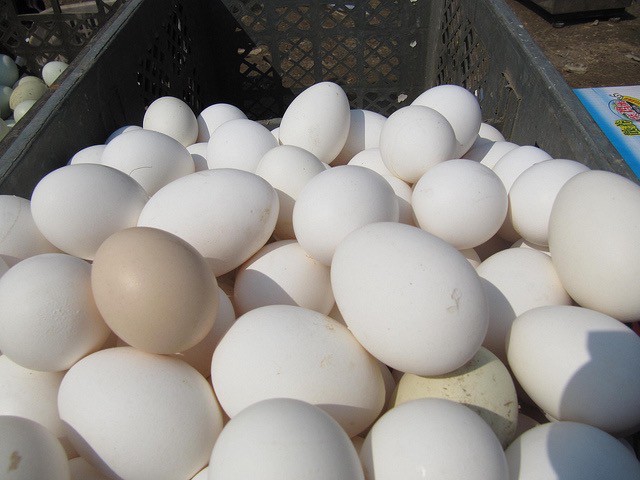 DES MOINES, Iowa (AP) — Egg prices surged to a record on Friday, a month after bird flu was first detected in the chicken flock in Iowa, the nation’s leading egg producer.

Eggs used to make ice cream, mayonnaise and other processed foods set a record Friday of $2.13 a dozen, up 238 percent from the selling price of April 22 around the date Iowa’s first chicken farm tested positive.

More than 21 million of Iowa’s egg-laying hens have been killed.