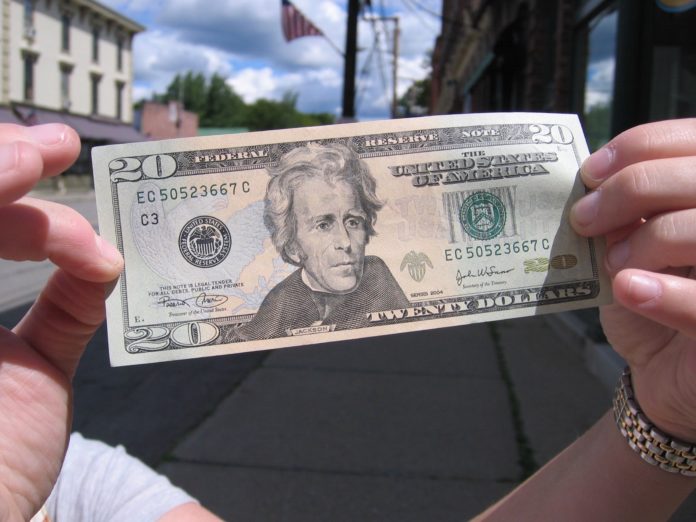 INDIANAPOLIS (AP) — The mostly male Indiana Senate has taken action to show its support of replacing former President Andrew Jackson on the $20 bill with a woman relevant to U.S. history.

The Senate by unanimous voice vote on April 21 approved Senate Resolution 62 calling on U.S. Treasury Secretary Jacob Lew to make the replacement, saying “designating a woman on the twenty dollar bill would serve as a long overdue change and as a symbolic initiative to promote gender equality nationally.”

The (Munster) Times reports that the Women on 20s campaign seeks to replace Jackson with a woman by 2020, the 100th anniversary of American women gaining the right to vote.

Indiana’s Republican-dominated chamber is comprised of 40 men and 10 women.