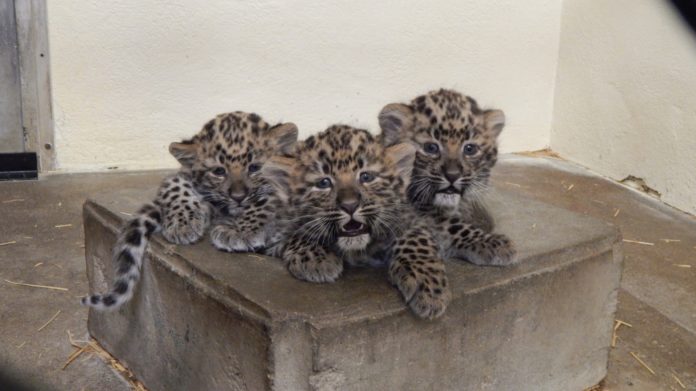 The Potawatomi Zoo’s newest residents are now out on exhibit everyday.

The three Amur leopard cubs were put on exhibit with their mother, Pearl, on Thursday, July 16, and will be on exhibit every day, according to a news release from the zoo.

They were born March 20 at the zoo and were publicly announced June 3.

Amur leopards are the world’s rarest big cat as there are only about 70 left in the wild and about 100 in zoos, according to the news release. Efforts to breed the leopards in captivity have had limited success.

The are two female cubs and one male cub. Marcy Dean, executive director of the Potawatomi Zoo, said in a phone interview on Thursday that guests should keep an eye out for more information coming on how the cubs will be named.