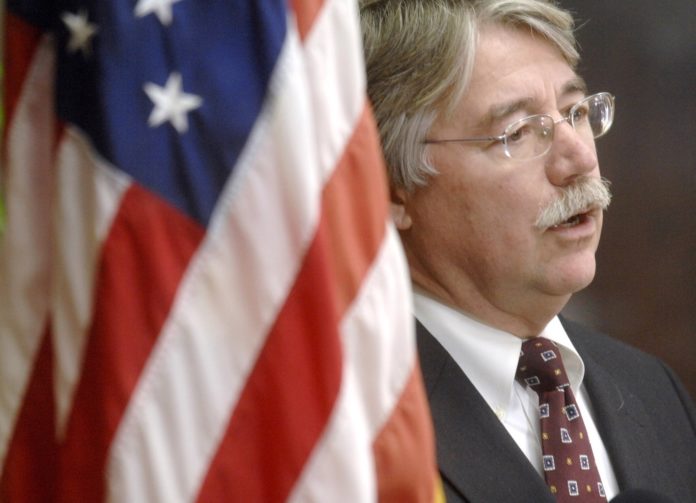 JEFFERSONVILLE, Ind. (AP) — Indiana Attorney General Greg Zoeller is looking for a return to Washington by seeking the congressional seat that Republican U.S. Rep. Todd Young is giving up to run for the U.S. Senate next year.

Zoeller announced Monday in Jeffersonville his bid for the 9th District congressional seat, joining two state senators in the race for the Republican nomination.

Zoeller says he has fought what he calls the overreach of the federal government during his two terms as state attorney general but that changes needed to come from Congress.

Zoeller was first elected state attorney general in 2008. He worked in Washington as an aide to Dan Quayle as senator and vice president.

State Sens. Brent Waltz of Greenwood and Erin Houchin of Salem are the other hopefuls in the district.