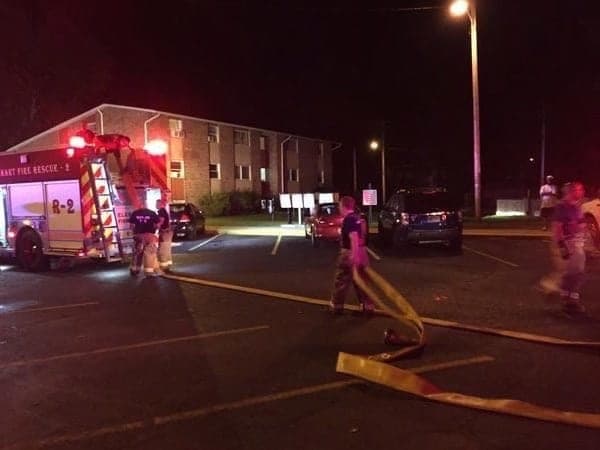 A 12-year-old girl was arrested in connection to the death of her stepmother in Elkhart on Thursday night, July 23.

The girl was upset and started a fire in her bedroom, leading to an argument with 50-year-old Maria Torres, Sgt. Chris Snyder with the Elkhart Police Department said. As the two were arguing, the girl stabbed Torres with a knife, which police say likely killed Torres.

The girl’s father tried to restrain her, but she stabbed him before fleeing the apartment, Snyder said. She was later found walking in Bristol.

The Elkhart Fire Department was called to the scene at 10:09 p.m. for a fire and found Torres and the girl’s father with stab wounds. The coroner was called at 10:42 p.m.

The girl’s father was treated at Elkhart General Hospital. A 16-year-old girl at the home wasn’t injured.

The girl is being held at the Elkhart County Juvenile Detention Center pending a hearing.

On Friday, July 24, The Elkhart County Coroner determined Torres died due to the stabbing. Her death was ruled a homicide.