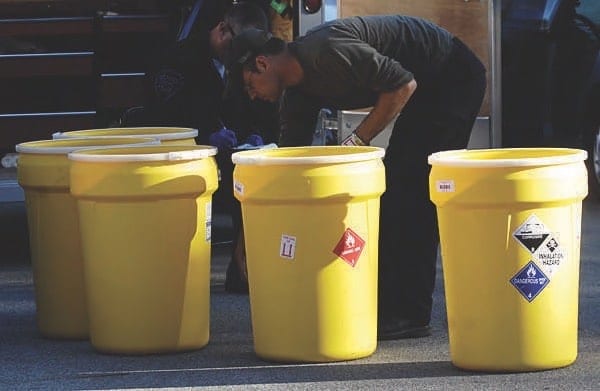 MUNCIE, Ind. (AP) — Indiana State Police say Delaware County is leading the state by a wide margin in the number of reported methamphetamine labs for the first six months of 2015.

The (Muncie) Star Press reports statistics from Indiana State Police say 119 meth labs were documented in Delaware County as of June 30. The next-highest total was Noble County in northeastern Indiana with 35 meth labs through June.

According to State Police, 68 meth labs had been found this year in Delaware County as of April 30. The county led the state last year with 148 reported meth labs.

Law enforcement officials in Delaware County have said meth lab statistics are at least partly a reflection of aggressive investigations.