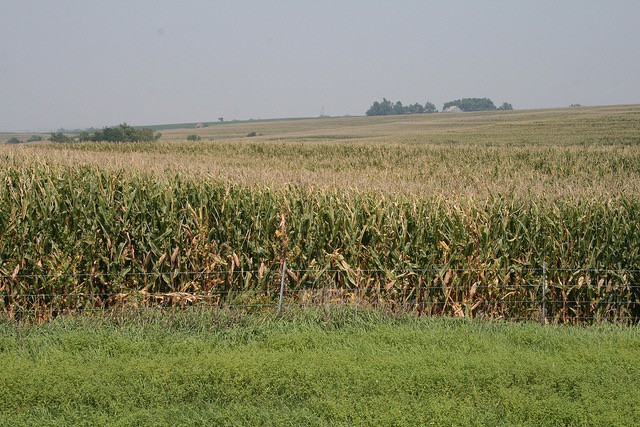 INDIANAPOLIS (AP) — A summer full of heavy rainfall is expected to lead to big corn and soybean crop losses for farmers in several Midwestern states.

Illinois and Indiana both set new June rainfall records, and Missouri, Ohio, Michigan and Kansas were also affected by downpours that began in late May and continued into July. Those deluges drowned crops and left many surviving plants stunted or unhealthy.

Climatologists are looking at whether the largest El Nino system in a decade or climate change played a role in the deluges.

Purdue University agricultural economist Chris Hurt predicts $500 million in corn and soybean losses in Indiana, which is seeking a federal disaster declaration for 53 of its 92 counties.