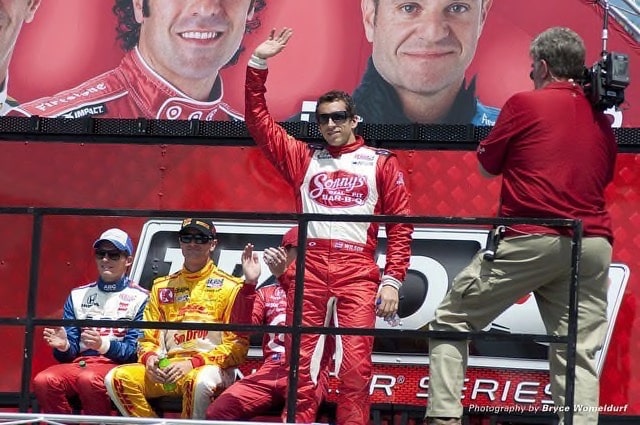 IndyCar driver Justin Wilson has died from a head injury suffered when a piece of debris struck him at Pocono Raceway. He was 37.

IndyCar made the announcement on Monday night at Indianapolis Motor Speedway.

Wilson is a British driver who lived outside Denver in Longmont, Colorado. He was hit in the head during Sunday’s race by piece of debris that had broken off another car. Wilson’s car veered into an interior wall at the track, and he was swiftly taken by helicopter to an Allentown, Pennsylvania, hospital.

The last IndyCar driver to die because of an on-track incident was Indianapolis 500 champion Dan Wheldon, who was killed in the 2011 season finale at Las Vegas after his head hit a post when his car went airborne.