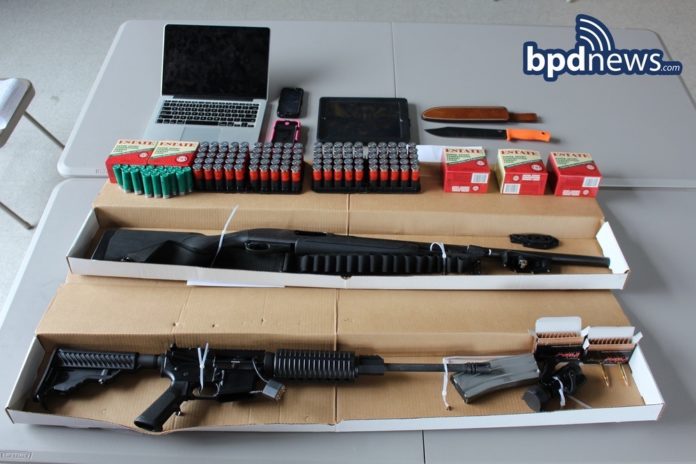 Eighteen-year-old Kevin Norton, of Ames, and 27-year-old James Stumbo, of Boone, were held without bail at their arraignment Monday on gun charges pending a Sept. 1 hearing to determine whether they are a danger to society.

Authorities say the suspects referenced Columbine and the Boston Marathon bombing on social media. They were stopped Thursday as they were about to register for the event.

They were released, but their car was seized after authorities learned they might have guns.

Officers executing a search warrant found a 12-gauge shotgun, an AR-15 rifle, several hundred rounds of ammunition, and a hunting knife in the car. Norton and Stumbo were arrested at their hotel.