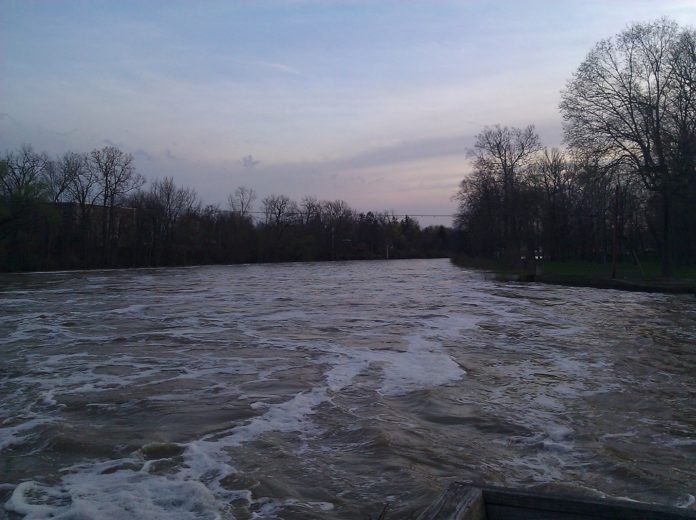 FORT WAYNE, Ind. (AP) — Fort Wayne officials say they’ve cut the number of raw sewage overflows into the city’s St. Joseph River to no more than one every year.

City utilities staff joined Mayor Tom Henry along the river Tuesday to celebrate the milestone that comes four years ahead of a federal mandate and after $12 million in sewer upgrades.

Fort Wayne has 43 locations in its wastewater treatment system where raw sewage is discharged into local waterways when rain or snowfall overwhelms older sewers that collect both storm runoff and sewage from homes and businesses.

WANE-TV reports Fort Wayne will next invest $180 million to build a five-mile-long, 150-foot-deep underground tunnel to reduce sewage overflows into the St. Marys and Maumee rivers. That tunnel will be built between 2017 and 2023.