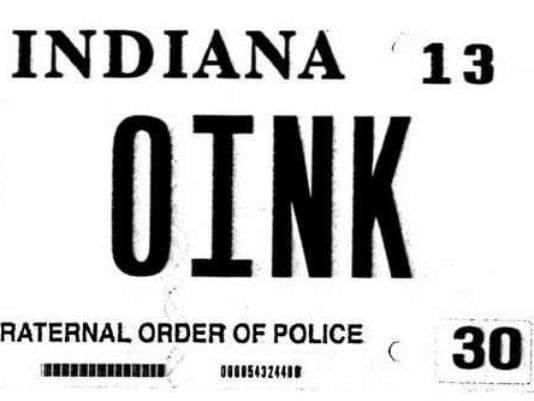 Solicitor General Thomas Fisher told the Indiana Supreme Court on Thursday that the Bureau of Motor Vehicles has the right to reject offensive messages sought on personalized license plates.

Greenfield police Officer Rodney Vawter sued the Indiana BMV after it denied his request for a license plate with a zero followed by the letters “INK.”

The American Civil Liberties Union of Indiana, which is representing Vawter, says the BMV has approved other questionable plates and made an arbitrary decision that violated Vawter’s free speech.