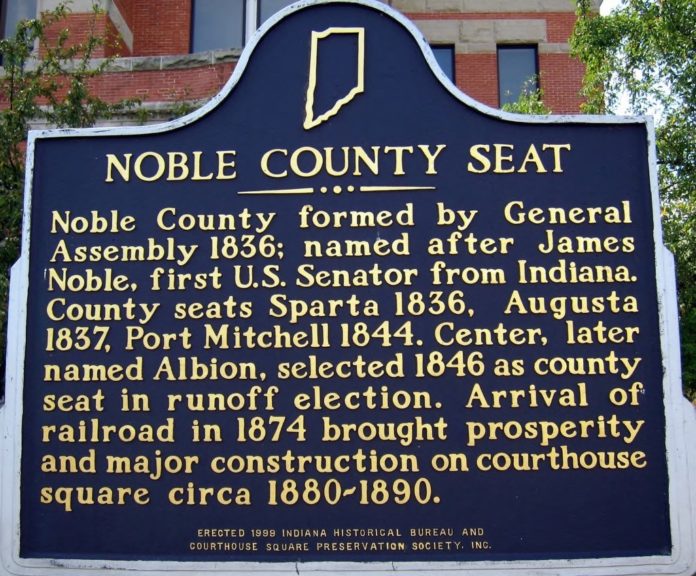 ALBION, Ind. (AP) — A northeastern Indiana county has a handwritten document from 1844 designating its former county seat after receiving it from a New Yorker who says he unexpectedly found it among his belongings.`

The document records the official action of making the community of Port Mitchell the Noble County seat. County historical society President Bill Shultz says Brooklyn resident Colin O’Guin grew up in the northwestern Indiana town of Kouts and doesn’t know how he acquired the document he discovered while preparing to move.

The (Kendallville) News Sun reports Port Mitchell was the county seat for two years until it was moved to the current location of Albion.

The document has been given to Noble County officials who plan to display in the courthouse.