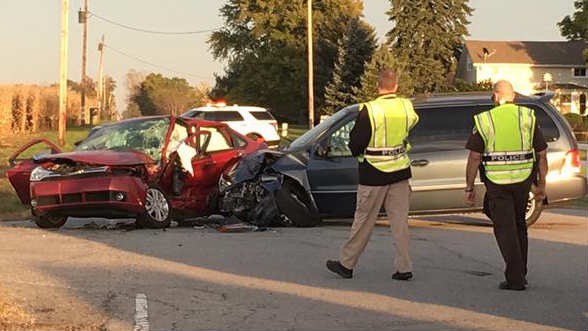 A 62-year-old South Bend woman was killed in a two vehicle crash in St. Joseph County on Monday evening, Oct. 12.

Janet Turner was driving a passenger car when it was struck by a minivan driven by a 44-year-old Elkhart man at the intersection of Kern and Dogwood roads at about 5:52 p.m., according to Assistant Chief Bill Thompson with the St. Joseph County Police Department.

Turner had to be extricated from her vehicle and she was pronounced dead at the scene of the crash, Thompson said. The driver of the minivan wasn’t injured.

News/Talk 95.3 MNC isn’t naming the driver of the vehicle because no charges have been filed.